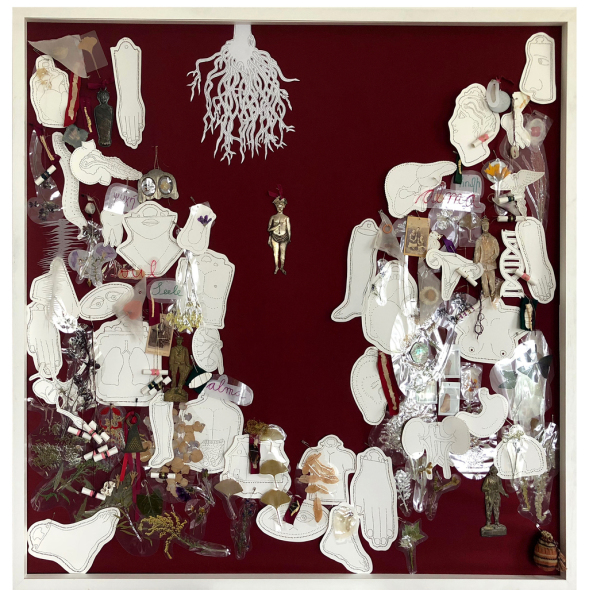 Taking as a starting point her fascination about the multi-faceted relationaship between humans and objects, Der Meguerditchian works with various materials and in different media and embarks on a visual trip of deciphering the relationship between ‘material’ and ‘immaterial’ world. She is not interested in investigating objects as ‘desire machines to awake and satisfy the lusts’ (according to Baudrillard). Rather she wants to decode their role in transactions with the invisible, drawing inspiration by various religions and philosophies. Her research brought her among others to chapels and churches in Spain and Germany where she studied characteristic examples of the Catholic tradition of ex-votos (offerings). Some of the most striking offerings were shaped like parts of the inner or outer human body, the so-called "anatomical votive offerings".